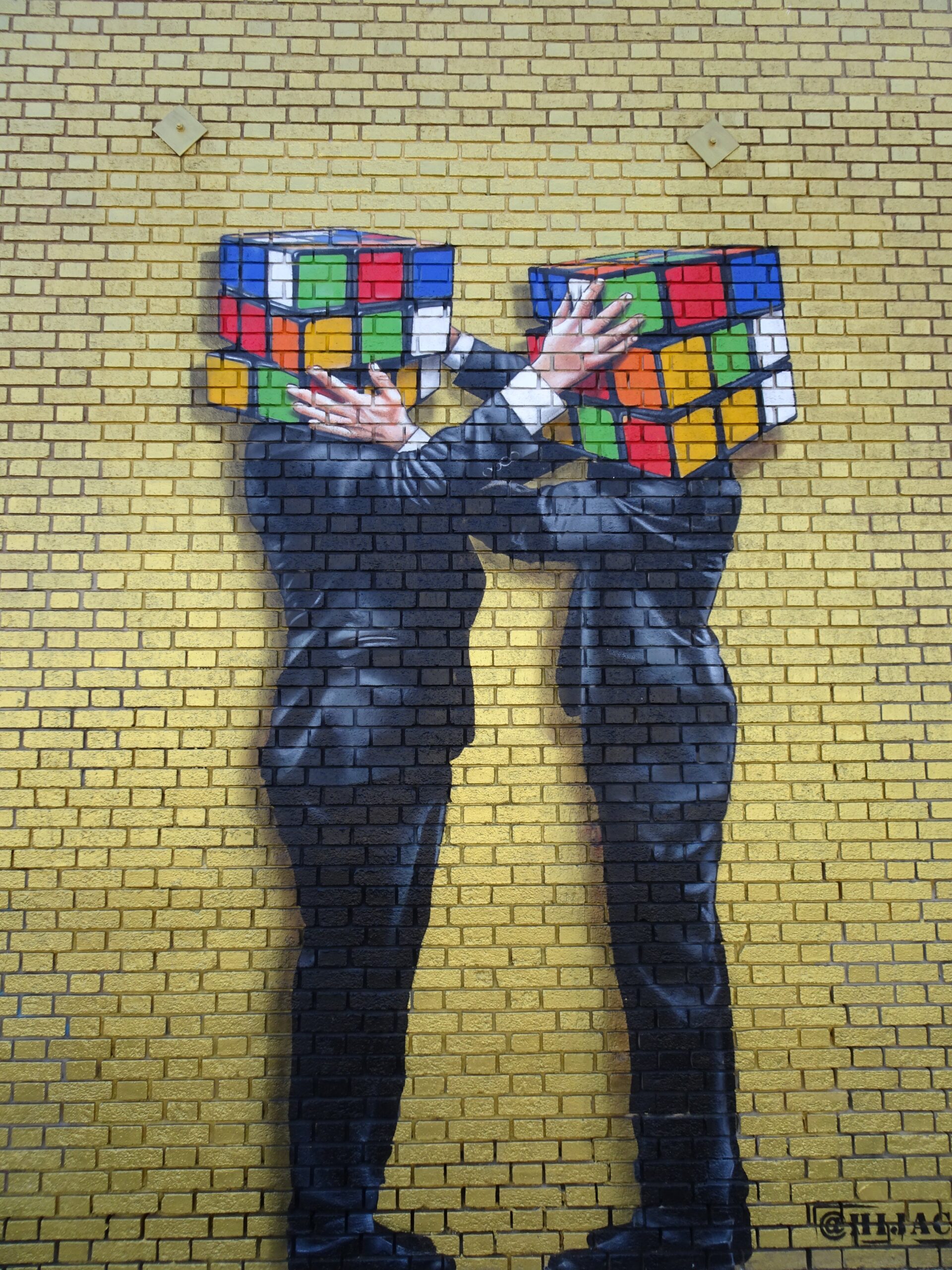 I was walking home after work and passed through the town centre as I always do, because it is on my way. I noticed a Chinese lady in her mid thirties handing out small photocopies the size of which were double that of a business card. As a trendy young couple approached the space where she was distributing her tracts, they dismissively gestured that they were not interested in receiving a copy after she had freely offered to give them one. I observed the same of another woman in front of me. I was also offered a tract which I accepted from her. She looked at me her eyes welling up as she exclaimed “eternal life, eternal life” in an accent that was heavily influenced by her origins. As I thanked her and gazed upon her she replied “God bless, God bless”, again in a way that made me understand that English was not her first language and that those were almost the exclusive words she new how to speak in it.

Then a “eureka” moment hit me: we were by “the wayside” and the seed was being trodden underfoot.

The sower went forth to sow his seed: and as he sowed, some fell by the way side; and it was trodden under foot, and the birds of the heaven devoured it.

Seeing you shall not perceive: Differences

It is impossible to deny knowledge of Christianity in today’s Western world. The remnants of what was once its pride, still remain visible, being impregnated within the institutions it once established, having now relinquished any semblance of it’s dignity (their submission to the established world order), to secularism (just the well-meaning conceit of liberalism that thinks that some Utopian design, scientific or otherwise, might save us).

I live in Oxford, home to the world famous University (said to be founded in 1096) whose motto is “Dominus Illuminatio Mea”; usually translated as “the Lord is my light”.1 It is my hope that all those who owe due recognition and respect to it and do not “choke and gnash their teeth” at the thought, while they “spit in the plate they eat in”. There is no longer the excuse of not having heard the case for Christianity, but of having seen and heard (even in a somewhat distorted manner by misleading information in print and electronic media) and rejected it. Truth requires the dispelling of any caricatures we hold that are derived through hearsay, by undertaking the investigation of Christianity’s very claims. This takes concerted effort and not many are prepared to expend the energy on it. We are left in a condition of being “anaplogetos” (αναπολογητος, Romans 1:20) “without excuse” and (κατεχοντων, katechonton), “……..suppress the truth in unrighteousness”. (Romans 1:18 [EMTV])

παρὰ τὴν ὁδόν the footpath (Barnes’ Notes on the Bible “That is, the hard “path” or headland, which the plow had not touched, and where there was no opportunity for it to sink into the earth). The seed sown is the word of God (Luke 8:11). The Lord Jesus Christ explains: “And those by the way side are they that have heard;……..” (Luke 8:12 [ASV]). They are told of free salvation, but it does not resonate with them, therefore no fruit could be expected to come forth. In today’s age the accusation is worse still however, Christianity has become of trivial significance to people and “it is trodden under foot” deliberately, which kind of reminds me of Hebrews 10:29.

There is no need for “and the birds of the heaven devoured it” which as the Lord Jesus Christ clarifies, is code for “then cometh the devil, and taketh away the word from their heart” (Luke 8:12). Unclean birds in the Tanakh are symbols for demons (Shedim Hebrew: שֵׁדִים) Leviticus 11:13-17 and carried into the NT in Revelation 18:2. The reason being, the Logos, λόγος never reached the heart of most Westerners alive today in the first place, for it to be taken away.

Hearing you shall not understand: Similarities

What has this to do with Paul’s Athenian apologetic in Acts 17? Paul was not in Athens to prove the existence of any ‘new’ divinity. Paul argues that the Athenians had already recognised the existence of God in Athens, because there was already erected an altar to him, namely the one to ‘the unknown God’ (αγνωστω θεω, agnosto theo). For the Athenians, the resurrection was the utter foolishness (1Corinthians 1:18, 23). Five hundred years earlier, Aeschylus (525-456 BC) made this claim in the same Athenian Council of Ares, “When the dust has soaked up a man’s blood, once he is dead, there is no resurrection” (Eumenides 647 48). 2 Neil Godfrey. Paul and Orestes before the Areopagus: the resurrection. available at https://vridar.org/2011/09/16/paul-and-orestes-before-the-areopagus-the-resurrection/ The God of Christianity too, is the “unknown God” in our culture.

We see two main schools of philosophical thought which emerged after Aristotle’s death mentioned in the text, (Acts 17:18,) namely Epicurean and Stoic philosophy.

“The philosophy of Epicurus (341–270 B.C.E.) was a complete and interdependent system, involving a view of the goal of human life (happiness, resulting from absence of physical pain and mental disturbance), an empiricist theory of knowledge (sensations, together with the perception of pleasure and pain, are infallible criteria), a description of nature based on atomistic materialism, and a naturalistic account of evolution, from the formation of the world to the emergence of human societies.”3Konstan, David, “Epicurus”, The Stanford Encyclopedia of Philosophy (Summer 2018 Edition), Edward N. Zalta (ed.), URL = <https://plato.stanford.edu/archives/sum2018/entries/epicurus/>.

Epicureanism did not deny the existence of the gods, but denied their involvement in the affairs of the world. Epicureans also denied a life after death and followed a hedonistic philosophy. They felt that pleasure was the highest virtue, and that pain was undesirable. Their conception of happiness was the absence of pain, and the engagement in leading a simple life. We can add individualism, consumerism, exploitation, and objectification, to Epicurean hedonism and have a reasonable idea of what our culture is comprised of today. So, shop and be happy!

Instead, the Stoics were followers of the philosopher Zeno of Citium: the name Stoicism derives from the Stoa Poikile, the decorated public colonnade where he taught. To the Stoics the virtues are the sole good, specifically, Wisdom, Justice, Fortitude  and Temperance; they are their own rewards. The Stoics believed that everything around us operates according to a system of cause and effect, resulting in a rational structure of the universe, which they called “logos” (Universal Reason) and living in accordance with reason was the purpose of human life..

“Our life is what our thoughts make it.”

Commentators on Modern Stoicism include Dr. Nancy Sherman, professor of philosophy at Georgetown University and the author of “Stoic Wisdom: Ancient Lessons for Modern Resilience.” whom I quote, writes:

“But today, Stoicism is not so much a philosophy as a collection of life hacks for overcoming anxiety, meditations for curbing anger, exercises for finding stillness and calm — not through “oms” or silent retreats but through discourse that chastens a mind: “The pain isn’t due to the thing itself,” says Marcus Aurelius, “but to your estimate of it.” In this mind-set, the impact of the outer world can fade away as the inner self becomes a sanctuary. The focus narrows to that self — me, isolated from the social structures that support me or bring me down”.4Dr. Nancy Sherman. If You’re Reading Stoicism for Life Hacks, You’re Missing the Point. May 14, 2021available at https://www.nytimes.com/2021/05/14/opinion/stoics-self-help.html

This all sounds so indefatigably “Woke” while indulging the riding of tailcoats of who went before. What do the Modern Stoics make of:

“Do not act as if you were going to live ten thousand years. Death hangs over you. While you live, while it is in your power, be good.”

That’s a rhetorical question. The German philosopher Hegel, criticises Stoicism for being a philosophy for times of de-democratisation, or in today’s terms; a period beyond which the “post war liberal-democratic consensus” is having the last nails driven into the lid of it’s coffin. He seems to have “hit the nail on the head” (pun intended) demonstrated by the manifestation of increased interest in Stoic philosophy in today’s culture, as illustrated in the article by Shayla Love: The Revival of Stoicism.6Shayla Love. The Revival of Stoicism. available at https://www.vice.com/en/article/xgxvmw/the-revival-of-stoicism

Luke accomplished his purpose by recording this historical event. I believe he illustrated a narrative about proclaiming the Gospel in a place that was not receptive to it, with few exceptions. Is proclaiming the Gospel today any different or designated a fail? As the saying goes, “there’s none so deaf as those who will not hear” often used in reference to prejudice and intolerance of the listener. That is something we do not control. The “kerygma”7the proclamation of the Christian gospel is still a witness and all parties take on their responsibilities before God; rejection carries the responsibilities that go with it, as does the lack of its proclamation. As it was in the times of Paul so it is after him. Was Athens a Fail? I don’t think so. That is because I lean heavily on the understanding that the Gospel’s function is not to just make disciples of people but not to leave them indifferent to it. Once the Gospel is heard a decision about it needs to be reached. 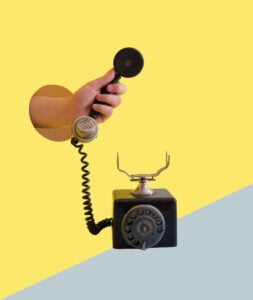 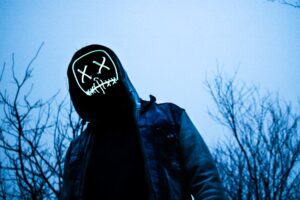 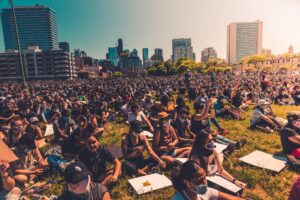 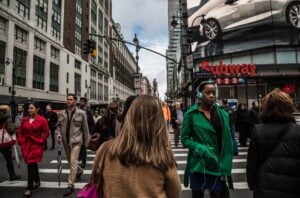 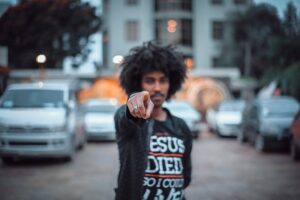