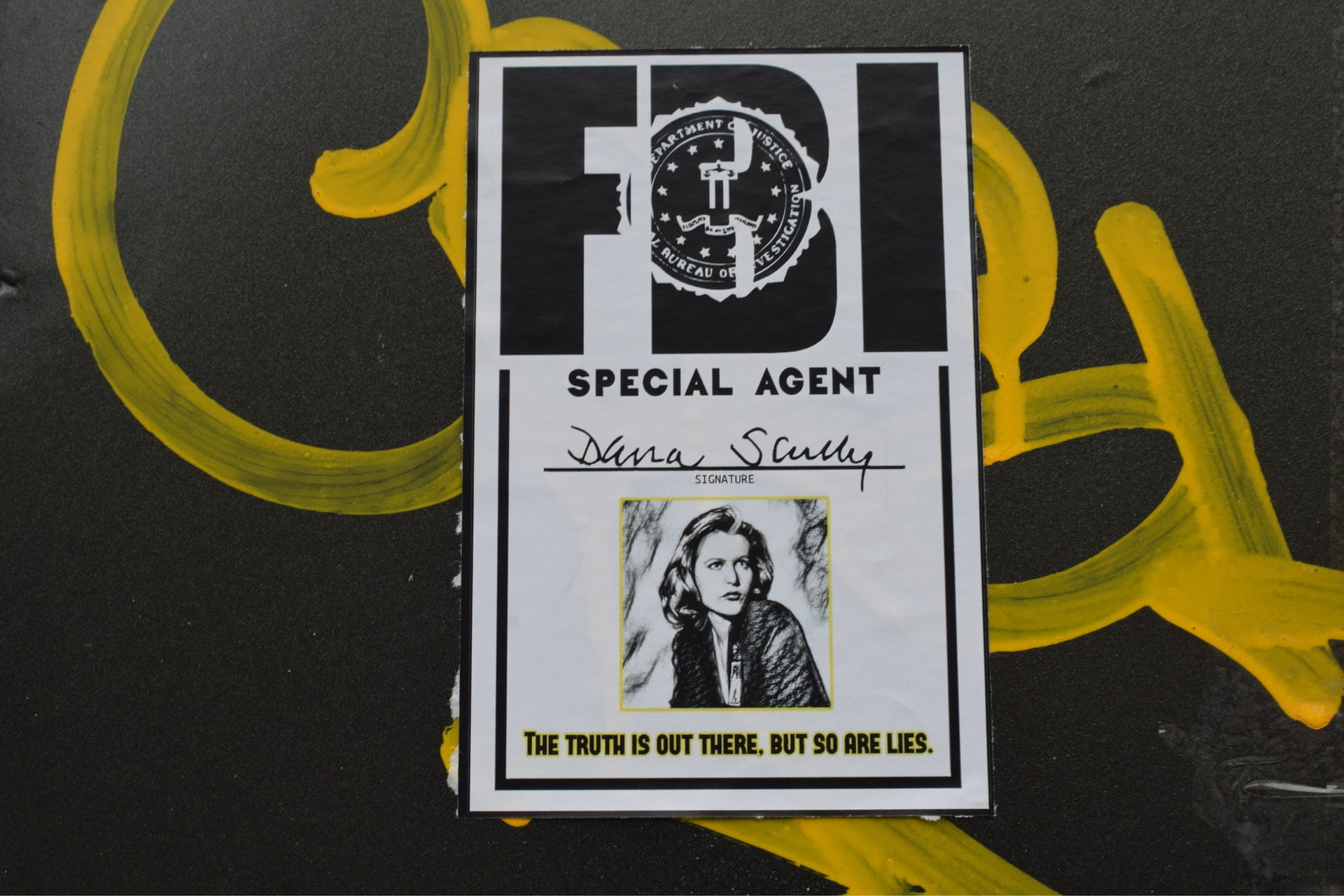 “There are three major heresies regarding the Lord Jesus Christ:

(1) The denial of Christ’s Divinity — which lead to the heresies known as Ebonism, Arianism , Nestorianism, Socinianism, Liberalism, Humanism, Unitarianism.

(2) The denial of Christ’s two natures — which created heretical groups such as Monophysitism, Eutychianism, Monothelitism. These  all confuse the two natures of Christ; i.e., absorbed one of His natures into the other.

All of these heresies in some way ended up by “dividing” the theanthropic (God-Man) Jesus Christ!”

The above excerpt is from Fred Grigg’s, The Three Christological Heresies available here

An concise Heresies Cheat Sheet available here courtesy of www.catholicbridge.com although it almost entirely relies on links to wikipedia

“Adoptionism is an error concerning Christ that first appeared in the second century. Those who held it denied the preexistence of Christ and, therefore, His deity. Adoptionists taught that Jesus was tested by God; and after passing this test and upon His baptism, He was granted supernatural powers by God and adopted as the Son.  As a reward for His great accomplishments and perfect character, Jesus was raised from the dead and adopted into the Godhead.

This error arose out of an attempt by people to understand the two natures of Jesus. The scriptures tell us that Jesus is both God and man: “for Him dwells all the fullness of deity in bodily form, ” (Col. 2:9).  This is known as the doctrine of the Hypostatic Union wherein the one person of Christ, there are two natures: God and man.

Theodotus of Byzantium was the most prominent adherent to this error.
Adoptionism was condemned as a heresy by Pope Victor (A.D. 190-198).

Adoptionism was later revived in the 8th Century in Spain by Elipandus, archbishop of Toledo, and Felix, bishop of Urgel.  This was a variation of the first error, but it held that Christ was the Son of God in respect to his divine nature; but that as a man, he was only adopted as the firstborn of God.

In 798 Pope Leo III held a council at Rome that condemned adoptionism as a heresy.”

The above explanation can be found at https://carm.org/dictionary/adoptionism/ courtesy of CARM (Christian Apologetics and Research Ministry). Further resources can be obtained from

Apollinarianism was the heresy taught by Apollinaris the Younger, bishop of Laodicea in Syria about 361. He taught that the Logos of God, which became the divine nature of Christ, took the place of the rational human soul of Jesus and that the body of Christ was a glorified form of human nature. In other words, though Jesus was a man, He did not have a human mind but that the mind of Christ was solely divine.

The above explanation can be found at https://carm.org/dictionary/apollinarianism/ courtesy of CARM (Christian Apologetics and Research Ministry). Further resources can be obtained from https://www.ccel.org/ccel/schaff/hcc3.iii.xii.xx.html

“Arius (256–336), a presbyter in Alexandria, began teaching in 313 that the Son was created rather than being the co-equal eternal Son of God. According to Arius and his followers, Jesus was a created being, not ontologically equal to the Father…… The church dealt with this error at the Council of Nicaea in 325, a council called by the emperor Constantine (c. 272–337). They declared that Jesus is “begotten not made,” “light from light,” “true God from true God,” and “of one being (or essence) with the Father,” using the word homoousias (Greek – homo: “same”; ousia – “substance”) to describe the relationship of essence between Son and Father………Arianism would take many forms following the Nicene declaration, with groups affirming doctrine similar to Arius while seeking to avoid the actual error itself. Some groups affirmed the Son as homoiousias (Greek – “of like substance”).”

The above explanation can be found here courtesy of an essay by Coleman Ford titled Christological Controversies in the Early Church.

“While the apostles were still surviving, while Christ’s blood was still fresh in Judea, the Lord’s body was asserted to be but a phantasm.” -Jerome

Docetism is the belief that Jesus Christ did not have a physical body; rather, that his body was an illusion, as was his crucifixion.

This belief is most commonly attributed to the Gnostics, who believed that matter was evil, and hence that God would not take on a material body. This sort of statement, however, is rooted in the idea that a divine spark is imprisoned within the material body and that the material body is in itself an obstacle that prevents man from seeing his divine origin. Humanity is in essence asleep. It could be further explained as this — the human body is temporary, and the spirit is eternal—therefore, to say that the body of Jesus was an illusion and that his crucifixion was as well, could be compared to the same way a Buddhist speaks about illusion: illusion is everything that is temporary, not everything that is not real. Even so, saying that the human body is temporary has a tendency to undercut the importance of the belief in resurrection of the dead and the goodness of created matter, and is in opposition to the orthodox view.”

The above explanation was provided by https://www.theopedia.com and is licensed under Attribution 3.0 Unported (CC BY 3.0)

“Montanism was an early heresy. The movement was begun by Montanus in the second century, shortly after Montanus’ conversion to Christianity. He claimed to have received a series of direct revelations from the Holy Spirit, or the paraklete, and was joined by two women, Prisca and Maximilla. His teachings spread from his native Phrygia, where he proclaimed the village of Pepuza as the site of the New Jerusalem and threatened the church hierarchy. The beliefs of Montanism included the belief that the Trinity consisted of only a single person, similar to Sabellianism.

Although the mainstream Christian church prevailed against Montanism within a few generations, inscriptions in the Tembris valley of northern Phrygia, dated between 249 and 279, openly proclaim their allegiance to Montanism. This sect persisted into the eighth century.

The most widely known Montanist was undoubtedly Tertullian, the early Church Father who coined the term “Trinity” but who later rejected Christian orthodoxy.”

The above description is provided by https://www.theopedia.com/montanism and is licensed under Attribution 3.0 Unported (CC BY 3.0)

“Nestorianism is basically the doctrine that Jesus existed as two persons, the man Jesus and the divine Son of God, rather than as a unified person. This doctrine is identified with Nestorius (c.386-451), Patriarch of Constantinople, although he himself denied holding this belief. This view of Christ was condemned at the Council of Ephesus in 431, and the conflict over this view led to the Nestorian schism, separating the Assyrian Church of the East from the Byzantine Church.

The motivation for this view was an aversion to the idea that “God” suffered and died on the cross, be it the divinity itself, the Trinity, or one of the persons of the Trinity. Thus, they would say, Jesus the perfect man suffered and died, not the divine second person of the Trinity, for such is an impossible thought — hence the inference that two “persons” essentially inhabited the one body of Jesus. Nestorius himself argued against calling Mary the “Mother of God” (Theotokos) as the church was beginning to do. He held that Mary was the mother of Christ only in respect to His humanity. The council at Ephesus (431) accused Nestorius of the heresy of teaching “two persons” in Christ and insisted that Theotokos was an appropriate title for Mary.

The problem with Nestorianism is that it threatens the atonement. If Jesus is two persons, then which one died on the cross? If it was the “human person” then the atonement is not of divine quality and thereby insufficient to cleanse us of our sins.”

The above explanation was provided by https://www.theopedia.com and is licensed under Attribution 3.0 Unported (CC BY 3.0)